← more from
Born Losers Records
Get fresh music recommendations delivered to your inbox every Friday. 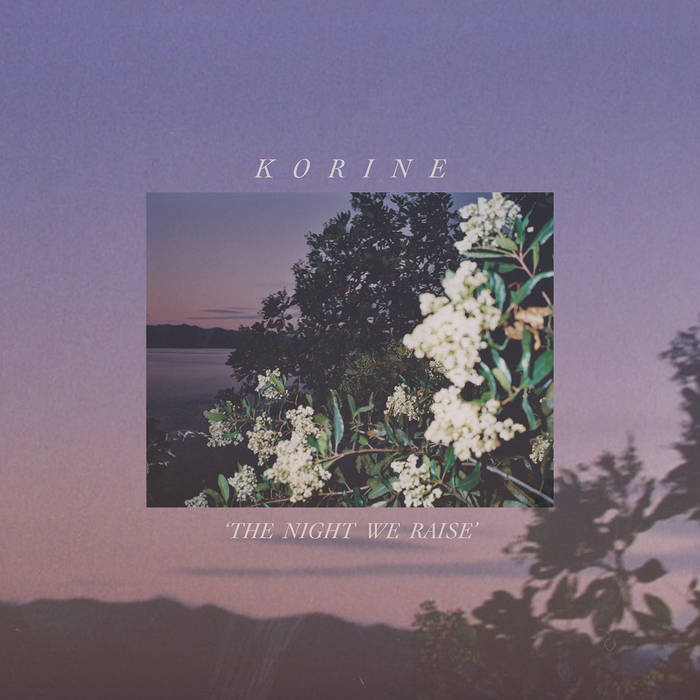 Korine is a Philadelphia based electronic pop duo comprised of members Morgy Ramone and Trey Frye. The pair blends new wave nostalgia with a modern pop sensibility, contrasting upbeat rhythms against sullen, emotionally evocative lyrics. Following a self-released EP 'Corsage' in 2017, Korine debuted their first full-length record 'New Arrangements' in 2018 on Philadelphia label Born Losers Records which helped land the band multiple nationwide tours and two sold out vinyl pressings. Following this release were two acclaimed singles ‘’Uncrossed’’ and ’’To You’’ which were specially released on a limited 7” vinyl in the Fall of 2019, and marked a stylistic evolution for the band - a departure from the familiar 80s era influence to incorporate a more contemporary pop awareness. Korine’s forthcoming September 2020 release “The Night We Raise” shows the band growing even further into their own, both the songwriting and musicality more assured than ever, and will be released 9/4/20 jointly by Born Losers Records (US) Data Airlines (FR) and Other Voices (RU).

This is pure New-Wave carried by melodic synths and carried by guitar play. The songs perfectly reflect the spirit of the 80s.
► Read the full review here: www.side-line.com/korine-the-night-we-raise-album-other-voices-records/

Korine's 'The Night We Raise' Is Shimmering Synthpop With Its Heart on Its Sleeve
► Read full review here: www.popmatters.com/korine-night-we-raise-review-2647487682.html?rebelltitem=1#rebelltitem1

Their blend of synth pop and new wave music can really capture any music listeners ear because it’s got something for everyone.
► Read full review here: www.whipradiotu.com/album-review-the-night-we-raise-by-korine/

"This is not in the Toneshift wheelhouse - BUT - man, this is a great pop record. I'm transported back to the early to mid 80's when I grew up!" – Toneshift

"Strongly founded on eighties new wave, electropop and post punk, the duo has shown steady signs of evolution since their early days, and seem to be coming up with their most cultivated and developed work thus far, without losing any of their DIY mentality and attitude."
► Read full review here: www.destroyexist.com/2020/06/korine-fate.html

"Though the band cites Depeche Mode and New Order as influences – and you can hear that in the mix – this is no retro exercise. The production and vocals have a very human touch yet painted on a very wide canvas. Post-punk and darkwave add to the air of energy and layer on the emotion, putting a beguiling duality of glacial tones and organic essence at the very modern and expressive core of the track."
► Read full review here: www.analoguetrash.com/blog/korine-fate